The multidimensional data were then synthesized and visualized to convey the everyday struggles that older adults face at home.  The goal of our work was to combine our various data sources together so that we could better understand these sources in context.  While graphing biomarkers can show when events occur, traditional graphs do not provide information on where these events occur.  By combining our various data sources together we can analyze the ways in which participants utilize their environments and how their resulting biomarkers are affected. 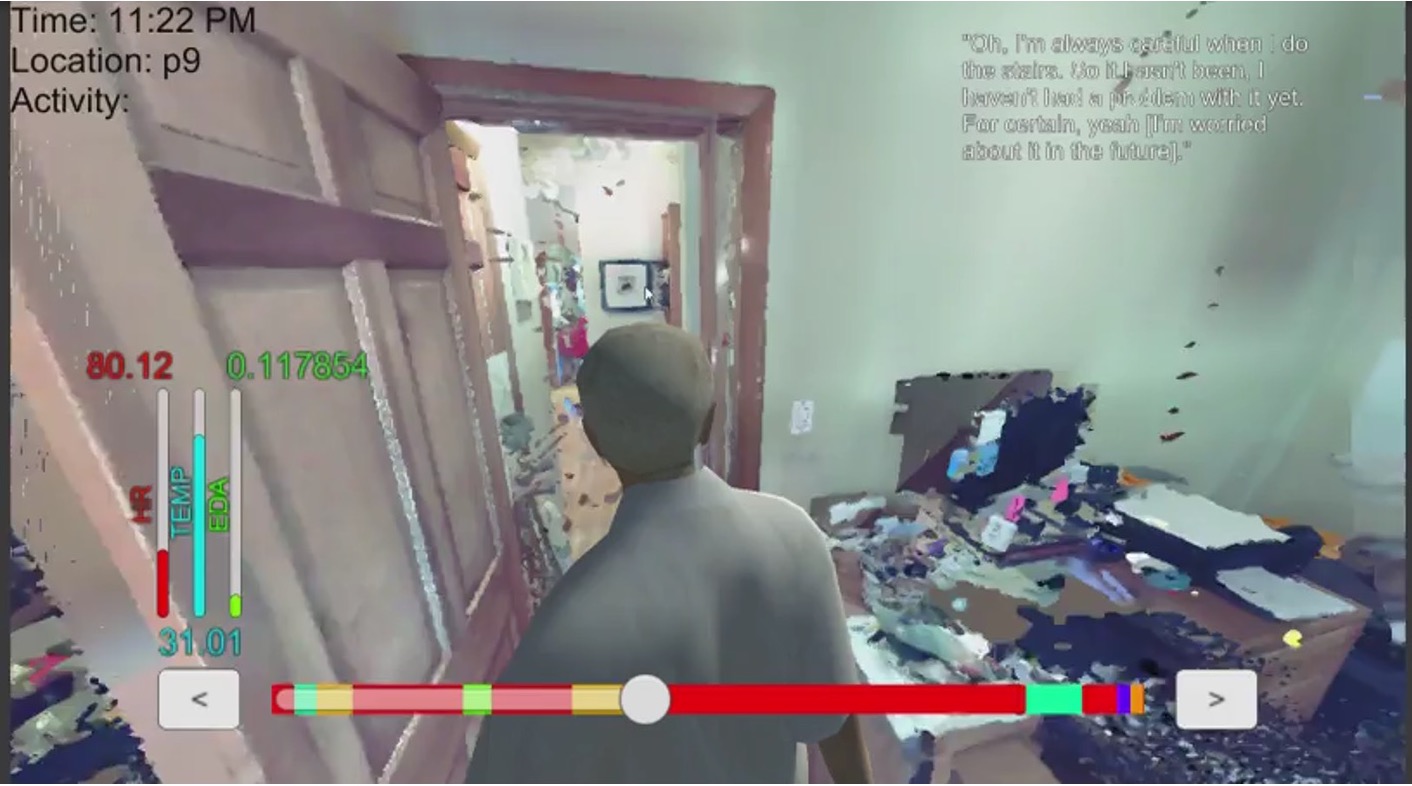